A student teacher observed Mr. Law's classroom, and told him afterwards, "You can tell the kids really like being in your classroom." Wilkie Law responded, "I think the paramount thing in the classroom is building relationships because you can teach a kid anything. But whether or not they retain it depends on their relationship with you because the relationship gauges the importance of what you're teaching them." Wilkie lives by this belief and spends the first two weeks of school finding out nicknames, what the students do at home, whether or not they like sports, who likes to debate. Watch Mr. Law and his students in his sixth-grade mathematics classroom and see how he builds relationships with his students here.

When you talk to Wilkie Law, it is apparent that he is a natural leader, and that both students and adults are drawn to and inspired by him. One of the things he likes to chant at school is "TGIM" (Thank God It's Monday!) instead of "TGIF."  After the first year of attending the RUSMP SCP, he was asked to be the sixth-grade team leader.  Recently, he was asked to present sessions at the new teacher induction for his district.

After visiting his classroom, one phrase in my mind is "TGIW!" Thank goodness it's Wilkie! Thank you, Wilkie for sharing your knowledge, enthusiasm, and understanding with not only your students, but also your colleagues. Read the entire spotlight on Wilkie and watch other short videos of his interview at the RUSMP blog. 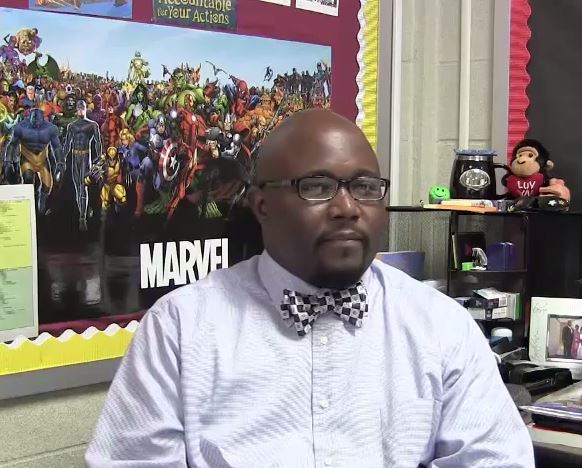